This little gem is one of the many awesome stories that the legendary Carl Barks turned out. There’s a reason why he became known as the “The Good Duck Artist”.

Welcome to Bullet Valley! A hard scrabbled bit of the old West. Where cowboys roam, a Sheriff protects the people and cattle rustlers are up to no good. Rustler for whose capture a $2,000 reward is being offered.

Donald sets off to catch this gang of cattle thieves. Armed with nothing but a head full of Hollywood cowboy movies and unshakable confidence.

Going up against the villain Blacksnake McQuirt. Blaksnake’s ‘Double X’ brand is  mysteriously appearing everywhere. No herd of cattle seems to be safe. Can Donald figure out what’s happening with the help of his clever nephews Huey, Dewey and Louie? Before Blacksnake steals every last bit of livestock in Bullet Valley.

Or will Donald come down with sudden and fatal lead ‘poisoning?

Yes and no. Read on to find out why a Disney character features in an awesome, must read bit of graphic fiction… 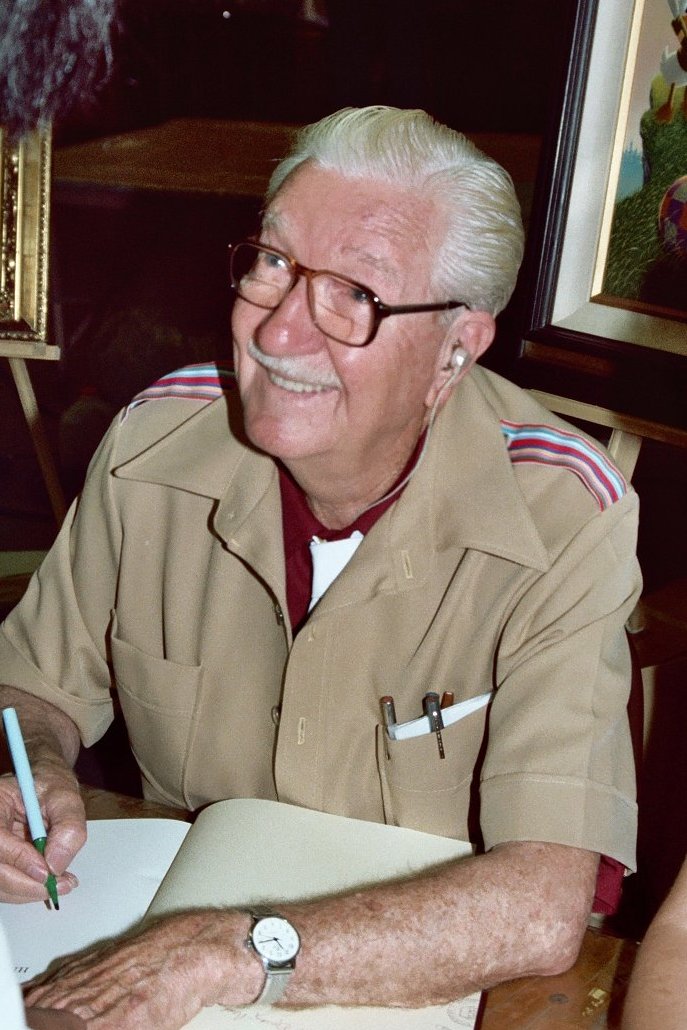 Yes, Donald Duck started off as a newspaper cartoon strip. Yes he is best known for the various animated shorts, series and films made over the years.

But he has also featured in a rich variety of excellent graphic fiction. In recent times most (all) of these fantastic stories have come out of Europe, but it all started in the USA.

And for that we can thank a farmer’s son from Oregon. Mr. Carl Barks.

Many of the positive traits we associate with Donald today came from Carl.

Donald was introduced in 1934 to embody some of the more negative traits that Mickey Mouse used to have. Like a bad temper that leads to comedic situations. Mickey was a national role model now and Walt Disney decided to clean up his image. Behold the power of PR!

When Carl Barks started writing Duck stories, Donald changed. He still had a temper but he was mellower. Donald became a workaholic.

Moving from one job to another, not good at any and clumsy. But hardworking! That was Carl’s life bleeding into his stories.

This is turning into a Carl Barks tribute piece… back to the story.

Deputy Donald Rides into Town: A Comedy of Errors

Donald and his brood drive into peaceful Bullet Valley hoping to see a bit of the vanishing Wild West (in 1948). Only the West is clearly wilder than they sought. Cattle rustlers have been at work, pushing the valleys ranchers and people to the edge.

Having watched a lot of Westerns, Donald decides try and collect the reward of $2,000. After all he knows all the angles. Thus starts a comedy of errors that only Donald Duck can pull off…

When the kindly old Sheriff tries to shoo him away. Donald stands his ground. Soon Bullet Valley’s newest deputy rides out to catch some bad guys. Enter Donald Duck, The Sheriff of Bullet Valley!

Almost immediately our hero runs into shady Cattleman Blacksnake McQuirt. Blacksnake claims that the calf Donald just saved is his. When Donald turns to look at the calf. A Double Xs brand has mysteriously appeared on its flank.

When Blacksnake claims that the horse is his as well. We see his brand appear on the animal. Even the saddle Donald is riding on has the Double X brand on it! How?

Run off like a common thief, with his hands in the air –Donald starts to think. Did the Sheriff try and set him up? What’s really going on?

Fact is that Blacksnake came into the valley with a bunch of hard men and a few heads of cattle. He then almost immediately started claiming that someone was stealing his stock. And, strangely enough, his missing cattle where always quickly found on neighboring ranches. Hmmm…

While Donald is off on his own, living his Cowboy fantasy. His three little nephews Huey, Dewey and Louie decide to do some investigations of their own. Where Donald operates on instinct and a bunch of Western movie ‘angles’. The boys ask questions, think and observe.

Will the Ducks figure out whose rustling cattle in Bullet Valley? How is Blacksnakes Double X brand appearing everywhere they turn out of thin air?

Read the classic Sheriff of Bullet Valley to find out!

The Writing and Art of The Sheriff of Bullet Valley

I’m a big Carl Barks fan. He was (and is) very big in Europe when I grew up. When he passed in 2000, it was on all the major European media outlets.

And it’s easy to see why. Barks’ graphic novels are all based on adventure and exploring exotic places. The characters are always presented with a mystery that needs solving. And the answers are always simple but oh so clever and plausible that they astound you even today!

There is adventure and excitement in these books but the core of Barks writing has always been humor. You will laugh at Donald’s naivety and clumsiness! But be inspired by his courage and determination to set things right at the end.

Barks writes Donald as the perpetual underdog, without making him seem pathetic. Because Donald has guts. The kind of guts and dedication that we all respect and admire.

The art is wonderful. Simple, beautifully stylized and lovingly rendered. It’s not the usual illustration you will find in graphic novels. Donald Duck has his roots in cartoons. And it shows.

To me it’s the kind of visual magic that transport you back to childhood. When you could get lost in a story and live it. Like you are right there!

It’s also a reminder of how far graphic fiction has come in less than a century.

The Sheri ff of Bullet Valley is a fantastic introduction to the work of Carl Barks. One of America’s most under recognized yet influential creators. Don’t let the Disney characters fool you, this is a genuine adventure novel.

Carl Barks work is extremely collectible. The version of The Sheriff of Bullet Valley that I read was published by Gladstone in the 1980s. Which itself was a full color re-print of the original four-color book from 1948.

Both editions are collectors’ items. Avoid the mass-market half-page reprint Fantagraphics made for kids in 2015. It’s cute but not the same reading experience as reading Mr. Barks work in full-page format.

You like adventure, good laughs and a charming story from the ‘Golden Age’ of graphic fiction? Then read The Sheriff of Bullet Valley today!

It’s a worthy addition, and diversification, to any must read graphic novel collection.

PS: You can get your copy of The Sheriff of Bullet Valley in paperback from Gladstone here

If you are buying this graphic novel to add to your collection, order the original 1948 version here

Bone Vol.1: Out of Boneville Review